This is the summation and archiving of an insane screed I fired off on Twitter before 10 am on a Monday.  Normally, I would be loathe to participate in the discourse on a level worth importing to my space for more serious organized thoughts (here), though it felt relevant to stem the bleeding of the moralist hearts in the cursed body where it lies.  However, these points I make are worth keeping track of here – even just for my own reference.  These thoughts refer to the idea I have cited before, of a sort of Era of COVID-Permanance, wherein no infrastructural solution is coming and that abandonment is intentional – and that time has become largely a (more) meaningless construct for demarcating the passage before we can “return to normal”, a metric that has become futile in an era of mass-death, hyper-atomization and the decimation of joy or possibility for any existence that isn’t centered around the approved-risk of commerce or labor.

These thoughts are largely inspired by several (increasingly weekly, following clandestine weekend gatherings) waves of sentiment regarding illegal outdoor raves in various cities that advocate for social shame and stigma as a self-policing solution, up to wishing “raids” (aka armed police violence) on these functions. Now, while I may be staying largely isolated and avoiding gatherings besides going to my job (something we have all suddenly agreed is the “most moral path!”) and don’t personally have any desire to go to an outdoor rave or anything resembling it at the moment, I do see the value in having conversations around harm reduction for these types of events and spaces – and recognizing that moralism surrounding decisions that one personally disagrees with isn’t compatible with the idea of reducing harm for people with the agency to make choices – even bad ones. I would like to extend the thank you to friends who have helped me process these thoughts – both now and throughout the rocky ages of learning between 19 and now, where their existence and lessons helped me learn to question the assumptions that pass for “moral clarity”.  Some are edited slightly for linguistic precision:

Something about the “shaming IS harm reduction” idea makes me think that there is maybe a fundamental misunderstanding of the purpose of intracommunity harm reduction. The platitude “killing the cop in your head” refers also to forgoing moralism and whatever “mutual understanding” you wish to see enforced on people who have not been consulted – and simply exploring the possibilities of mitigating harm within the terrain that they exist. Shame-as-social-control creates authority in spaces that have no use for it, and creates resent among the people cowed into the petty authoritarianism of clickbait morality. Confronting the material reality of a plague with evangelizing moral authority didn’t work in the 80s and 90s and won’t work now. Condoms work. Needle exchange works. For people so hung up on historical materialism, maybe once in a great while it wouldn’t hurt to learn from it. Health-based harm reduction and prison / policing aboltion have a lot in common – much of that (perhaps the greatest hurdle to the “activist” in embracing this point of view) is recognizing the intentional limits of moral authority on doing anything to improve the lives of those being controlled. Does this look like mask-handouts at illegal parties? Drinking straws that can be inserted below masks? Working with organizers to build spaces where safe distanced gathering can occur? Maybe! Would all this be harder and less immediately rewarding than the moral crusade that passes for “activist DJing”?

Caring about your community means recognizing space for activity that may make you uncomfortable or not want to partake in. Using what small amount we have learned to help people make safer “bad” choices is better than creating shamed space where only unsafe “bad” choices occur. Staying home is a fine choice, and one I’m currently doing besides my day-job. But shouting from the windows about good and evil betrays the longing to return to the spaces of alienation and authoritarianism (the club, its infrastructural industries and power dynamics that enable capital)  we wanted to leave behind. It is harder to confront COVID-permanence with solutions rather than the moral dialectics that weren’t working last winter. In the immortal utterance:

These realisations, this abandonment of illusions should not become disabling. Yet if one believes that it’s all or nothing, then there is a problem. Many friends have ‘dropped out’ of the ‘movement’ whilst others have remained in old patterns but with a sadness and cynicism which signals a feeling of futility. Some hover around scenes critiquing all, but living and fighting little.

“It’s not the despair — I can handle the despair. It’s the hope I can’t handle.”

The hope of a Big Happy Ending, hurts people; sets the stage for the pain felt when they become disillusioned. Because, truly, who amongst us now really believes? How many have been burnt up by the effort needed to reconcile a fundamentally religious faith in the positive transformation of the world with the reality of life all around us? Yet to be disillusioned — with global revolution/with our capacity to stop climate change — should not alter our anarchist nature, or the love of nature we feel as anarchists. There are many possibilities for liberty and wildness still.

What are some of these possibilities and how can we live them? What could it mean to be an anarchist, an environmentalist, when global revolution and world-wide social/eco sustainability are not the aim? What objectives, what plans, what lives, what adventures are there when the illusions are set aside and we walk into the world not disabled by disillusionment but unburdened by it?

(note: although this does refer explicitly to climate activism, the lesson of this passage is indispensible in confronting the many types of activist mindset that falls short in confronting seemingly impossible infrastructural issues that plague existence – either confronting the reality of biological agents of mass death or the ideological constructs of civilization which also cause mass death in a way that is normalized.)

Note: Please allow at least 24 hours for a response to most inquiries. Thoughtful answers and elaborations regarding content posted here may take longer, but I’ll try to get them sent promptly to a degree at which I’m comfortable. 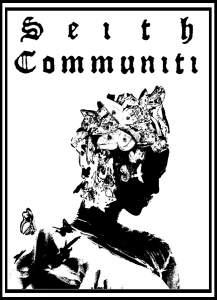 SC.009 – Toward The Total Human: A Pandrogynist Communist Manifesto zine

A New Institute For Social Research

Oak: A Journal Against Civilization